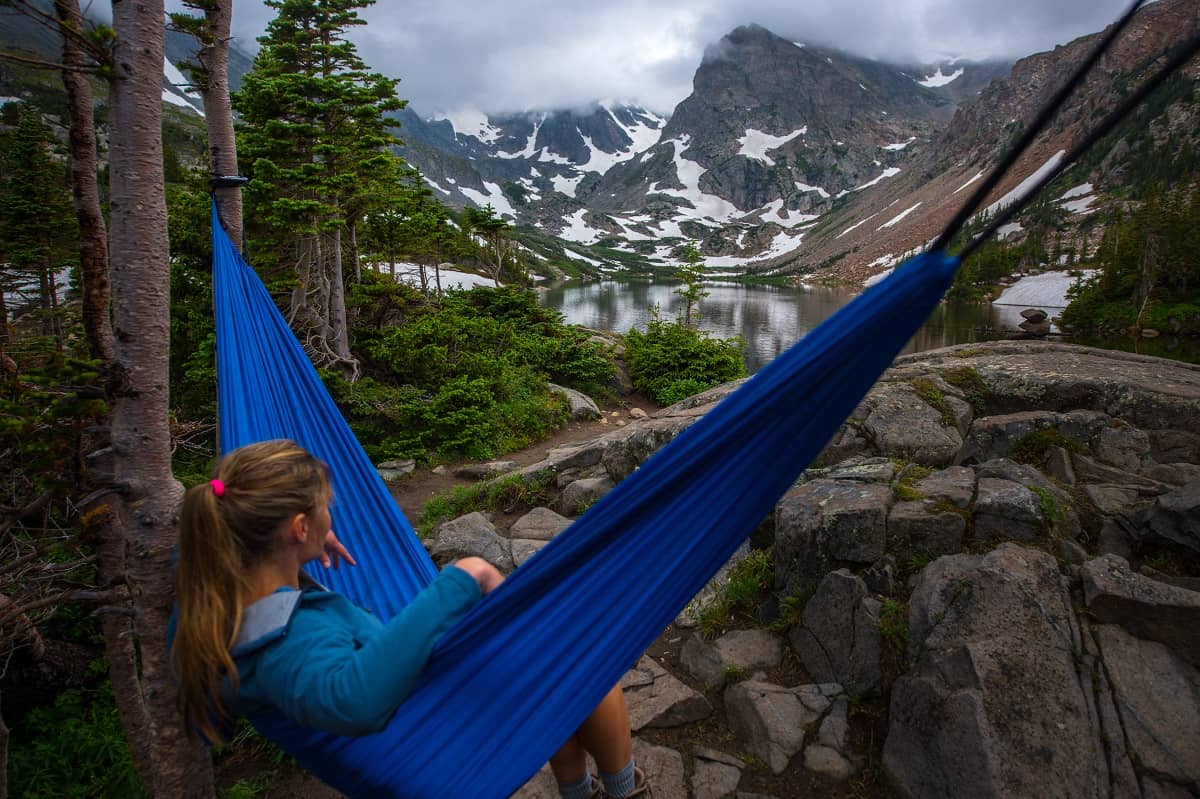 When you get home from work, class, or sports practice in the evening, you want nothing more than to kick back and relax, unwind, and destress from the daily toil. Chillax is a company that recognizes this, and recognizes the problem we often face that we don’t have the means to relax, at least not entirely.

That’s why they’ve dedicated themselves to creating some fantastic hammocks to help us breathe in the fresh air of nature while laying back and feeling the “sensation of the weekend hitting you in the face”, as they put it. Let’s see if they’ve hit the nail on the head, or have just missed the mark in creating an excellent tool to help us.

Quick Navigation
QUICK OVERVIEW
Chillax Hammock
Who is This Hammock for?
What’s Included?
Overview of Features
How to Set Up Chillax Hammock
Alternative
Conclusion 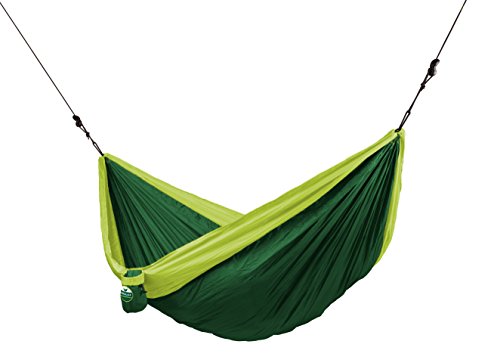 This hammock is designed to be affordable with high-end quality, not letting the price of it get in the way of providing you the chance to relax. It had a shaky launch initially coming out in 2015 but quickly gained traction around the 2018 mark. It was here they started to make improvements to their design, upgrading their materials, and they quickly earned the title of one of the best hammocks available in its price range.

Who is This Hammock for?

This is a hammock ideal for anyone looking for something to aid them in relaxing. The primary targeted audience is college students who can’t afford anything too expensive but want something to help them unwind after a long day of class, practice, and the crazy, daily college life. However, it’s incredible for just about anyone looking for a good quality hammock that’s easy to set up and quite cheap for the quality you get.

Alongside the hammock, you get their patented ‘SmartHooks’ suspension system in the travel bag it comes in. The bag itself is attached and sewn into the hammock to keep it as an all-in-one deal so nothing can get lost. There are no additional tools you need to set it up; all that is required can be found right in the back.

Going down the list of features they detail on their website, we can see a few neatly packaged features that set this hammock apart, but there are also some drawbacks that we shall list afterward.

The hammock itself is a double travel hammock, made of ultralight parachute silk. This makes it incredibly compact and easy to carry and pack for trips. They use a suspension system unique to them, called the ‘SmartHooks’ system. While it may be confusing at first, as it’s something that isn’t exactly commonplace, you’ll soon figure out the many benefits of this type of suspension system.

Other features include a travel bag, or the ‘stuff sack’ as they call it, in which the bag comes. It’s pretty standard as hammock bags come, with the bag being integrated into the hammock itself, so you can fold it up and store it as one, and use it as quick access storage for your keys, phone, or snacks.

One additional use for the hammock is as a picnic or beach blanket, for those of you who don’t have access to trees nearby or that are too far away from each other to be used for a hammock.

Lastly, the hammock itself is quite roomy; it is large enough for up to two people to relax with someone close. However, this is where we go into more of the cons. While it may be large enough to fit two people, the maximum weight load is comparatively small for other hammocks that can fit two or more people, at only 395 pounds.

There are also only three color choices to choose from, but this is a minor issue as aesthetics aren’t always what buyers care about when it comes to these kinds of things.

Some complaints are based on individual preferences, but these crop up often enough that they are worth mentioning. The large size of the hammock often causes a kind of wrap-around effect, cocooning the person inside, which can make it challenging to get in and out.

The material of the hammock is also designed to be breathable for warmer weather. This has the converse effect of having no warmth when the weather gets cooler, so you will be left shivering when the colder weather hits. However, it is water-resistant, which is a great plus. The bag the hammock comes in is also rather small, so it can be annoying to pack everything up so tightly each time.

Another downside is that the roominess of the hammock that allows two people inside only comes into effect when those people are sitting. It can become uncomfortable when lying down beside someone, getting cramped very quickly. There aren’t any other flaws, and certainly nothing major that could break the deal for most buyers.

How to Set Up Chillax Hammock

For a video explaining how to set up the hammock, as well as showcasing all that’s included, look at the video below.

Legit Camping has a hammock that is similar in design. It comes in a travel bag too and is large enough and strong enough to support two people lying down, which is something the Chillax option couldn’t quite do. It’s reasonably priced and has some downsides of its own so that you can consider it an evenly matched alternative.

The Chillax hammock is a fantastic addition to anyone’s arsenal of relaxation tools. This hammock will see much use and last you a long time, helping you kick back and relax, and you’ll feel all your stresses leaving your body.

How to Make Sure Your Hammock is Set up Safe and Secured?